This is a condensed version of part of the second chapter, which focuses on the history of lockdowns and how they became government policy. Hope you enjoy it.

The entire booklet is available on Amazon at https://amzn.to/33reYrm and at iBooks at https://apple.co/2PoNhqI.

In March, as the Sars-Cov-2 epidemic jumped to Europe and the United States, epidemiologists and public health experts told governments to lock down – fast and hard. Not just mass gatherings, but schools, offices, malls, even parks and beaches. To do anything less would be to sentence millions of people to death, the experts said.

Most infamously, the Imperial College London report of March 16 – written by researchers who were working with the World Health Organization – predicted more than 2 million American coronavirus deaths without immediate action. It called for a policy of what Professor Neil Ferguson, the report’s lead author, termed “suppression”:

(Of course, Professor Ferguson exempted himself from his mandate. Two weeks after the report came out, as the entire United Kingdom had locked down, and while Ferguson himself was still supposed to be self-isolating after contracting the coronavirus, he had an affair with a married woman who traveled across London to meet him.)

The stunning impact of the Imperial College report made Ferguson arguably the most important public health expert in the world. Yet he was neither physician nor virologist. His PhD was in theoretical physics, arguments about the structure of the universe that are something close to pure math.

But he and the other Imperial College researchers appeared to believe a handful of relatively simple equations would predict the coronavirus epidemic. At their core, these models are simply software programs designed to simulate reality, based on the assumptions that the person who creates them inputs into them. They are as realistic as a game of SimCity, though less colorful.

Nonethless, Ferguson’s model produced highly precise answers. Lockdowns could reduce coronavirus deaths 95 percent if they continued until a vaccine was developed. Ferguson and his team even offered different death projections based on the severity of the lockdowns and benchmarks used to lift and reinstate them.

These details gave the Imperial College model an undeserved sense of certainty and reliability. In this sense, they were like other mathematical simulations of real-world events – like the ones that helped fuel the 2008 housing and financial meltdown.

But for all the complexity of his equations, Ferguson really offered nothing more than an updated version of the original frightened rationale for the quarantines European city-states had imposed during the Black Death seven centuries earlier: Keep strangers away and we’ll be safe.

The idea of using widespread lockdowns to slow epidemics took off in 2006, as The New York Times reported in April. After a flu scare in 2005, then-President George W. Bush asked scientists for research on slowing epidemics. Dr. Carter Mecher, an internist at the Department of Veterans Affairs, connected with Robert Glass, a computer scientist at Sandia National Laboratories.

For a science project, Glass’s 14-year-old daughter had created a model of the way social distancing might slow the spread of the flu. Glass built on it to create a simulation “proving” lockdowns could reduce an influenza epidemic in a hypothetical town of 10,000 people by 90 percent. “Dr. Mecher received the results at his office in Washington and was amazed,” the Times wrote.

Robert and Laura Glass ultimately became the first two authors on a paper about the simulation. Inevitably, it contained a shout-out to Neil Ferguson. And sure enough, it showed the “mitigation strategies” worked.

In the retelling of this heroic lockdowns-for-all story by the Times, the conclusions of the paper took the CDC by storm. “In February 2007, the C.D.C. made their approach – bureaucratically called Non-Pharmaceutical Interventions, or NPIs – official U.S. policy.”

The reality was different.

The 2007 CDC paper ran 108 pages and included descriptions of many ways to reduce transmission, from “voluntary isolation of ill adults” to “reducing density in public transit.” (https://stacks.cdc.gov/view/cdc/11425)

Crucially, it also contained a “Pandemic Severity Index” that included five categories. On the low end, Category 1 represented a normal seasonal flu season, which still might kill up to 90,000 Americans. On the high end, a Category 5 pandemic, like the Spanish flu, would kill at least 1.8 million Americans.

Based on the CDC’s scale, Sars-Cov-2 almost certainly should be classified as Category 2 epidemic, meaning it will cause between 90,000 and 450,000 deaths. For an epidemic like that, the CDC merely said governments should consider school closures of less than four weeks, along with moderate efforts to reduce contacts among adults, such as telecommuting.

The prospect of closing all retail stores or offices is not even mentioned in the paper, not even for the most severe epidemics.

Yet the Times glossed over these distinctions in its article. It wrote instead “the (Bush) administration ultimately sided with the proponents of social distancing and shutdowns” and claimed the coronavirus response came directly from the original CDC report. “Then the coronavirus came, and the plan was put to work across the country for the first time.”

Even as the CDC was putting its 2007 plan together, many scientists and physicians with expertise in treating pandemics worried about the weakness of real-world evidence for lockdowns and other interventions.

Among the most vocal critics of lockdowns was Dr. Donald Henderson, who led the successful effort to eradicate smallpox. In December 2006, Henderson and three others wrote an 11-page paper called “Disease Mitigation Measures in the Control of Pandemic Influenza.” After outlining potential lockdown measures, they wrote, “We must ask whether any or all of the proposed measures are epidemiologically sound… [and] consider possible secondary social and economic impacts.”

Efforts in past epidemics to slow – much less stop – the spread of the flu had largely failed, the authors wrote. They attacked quarantines, travel bans, and school closings of more than two weeks as likely counterproductive. They did not even mention full lockdowns, presumably because they viewed those as so unlikely. And near the end of the paper, they made a heartfelt plea:

Experience has shown that communities faced with epidemics or other adverse events respond best and with the least anxiety when the normal social functioning of the community is least disrupted.

In 2020, their warning went unheeded. 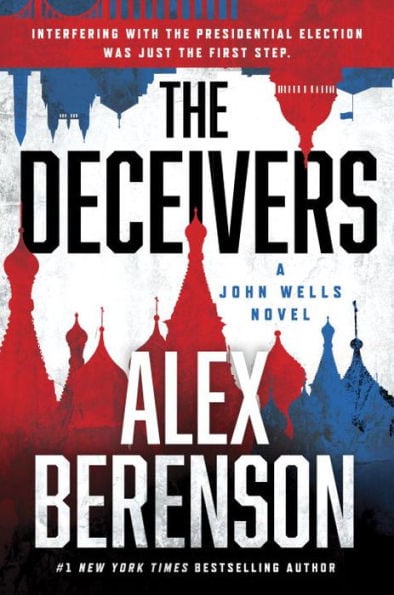